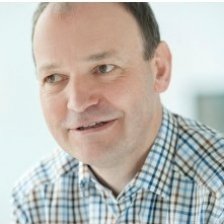 Ulrich heads the Standardization activities for Nokia. He is responsible for global and regional standardization and technical regulation as spectrum. The team is part of the Nokia BellLabs CTO group. Ulrich is board member of the 5G Alliance for Connected Industries and Automation (5G-ACIA). He also is a VP and Executive Committee member of the Global Mobile Supplier Association (GSA).

Prior to his current role Ulrich was responsible for Nokia Networks Industry Environment activities. Between 2007 and 2012 Ulrich lead the NSN 3GPP standardization team and has served as Head of Delegation to 3GPP.

Between 1996 and 2007, Ulrich held various positions in R&D of Siemens Mobile Networks unit. He was responsible for standardization activities of the core network business unit and managed Siemens 3GPP activities. Ulrich had instrumental role in the definition of the UMTS architecture as well as in set up of project management in 3GPP.

Ulrich holds a Ph.D. from Télécom ParisTech from 1996; his research area was the definition of 3G Radio Interface and his research was part of EU collaborative research program (RACE II ATDMA).