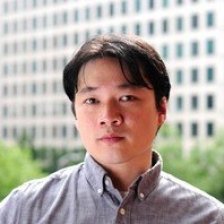 Based in Stockholm, Sweden, Jeff Chen is a statistician and data scientist who is the VP of Data Science at Nordic Entertainment Group, the Nordic region’s leading media that entertains millions of people every day through their streaming, TV and radio services as well as award-winning productions. He has deep experience in leading data initiatives in over 35 domains, working with a wide range of stakeholders such as firefighters, climatologists, economists, and designers.

Previously, Jeff has worked on public-facing data science in roles such as the Chief Innovation Officer at the U.S. Bureau of Economic Analysis introducing machine learning improvements to the Gross Domestic Product, the Chief Data Scientist and Deputy Chief Data Officer of the U.S. Department of Commerce, a White House Presidential Innovation Fellow with NASA and the White House Office of Science and Technology Policy focused on data science for climate change; served as the first Director of Analytics at the NYC Fire Department where he engineered pioneering algorithms for fire prediction; and was among the first data scientists at the NYC Mayor’s Office under then-Mayor Mike Bloomberg. Jeff started his career as an econometrician at an international engineering consultancy advising large scale infrastructure projects around the world.

In the evenings, he always keeps his hands full of even more data science. In addition to being a husband and dad, he is writing a textbook on data science for public policy in collaboration with Professor Ed Rubin and Bayesian Econometrician Gary Cornwall. He has been an adjunct professor of data science at Georgetown University’s McCourt School of Public Policy, an advisor to Urbint – a startup focused on machine and operational intelligence for urban operators, and a predictive modeling advisor to the DC United (Major League Soccer team).