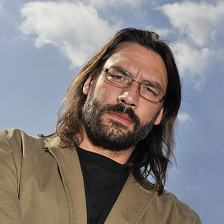 Since his first attendance at an OWASP conference, back in 2006 in Leuven, Belgium, he was hooked by OWASP. In 2007 he joined the OWASP Netherlands Chapter Board and got involved in several OWASP projects. When Committees first started after the Summit in 2008, he was Co-Chair of the Education Committee. In 2011, he began his global community engagement as a co-organizer of the OWASP Summit in 2011.

He believes that OWASP is about community! He continues to work to introduce OWASP to professionals, students, and developers. Here are a few of my engagements over the past decade.

·         He is chapter leader of the OWASP Netherlands Chapter

·         He introduced the University Challenges at the AppSec conferences in Europe