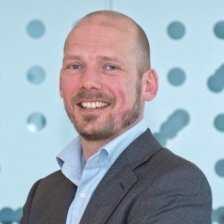 Wybe Jan Jorritsma is head of Stedin’s Telecom department. Stedin’s Telecom department is responsible for all IoT and M2M telecommunication (wired and wireless) within the third largest grid operator within The Netherlands.  He has a broad background in IT, Telecom and Utilities. He has acted the past 18 years in numerous roles ranging from project manager for large scale network improvements to management roles in both the Telecom as well as the Utility sector.  Over the last 10 years he has been responsible for the large scale roll out of smart meters for Stedin’s Metering Company and defining and implementing Stedin’s Telecom and IoT  strategy.